Built in 1713, the Old State House was the center of civic life in Colonial Boston. It is here that Samuel Adams and James Otis were debating and arguing against the British crown’s policies. They debated the future of the American republic. The idea of a free market, a free enterprise system and a self government was born here.
It is on its balcony that the Declaration of independence was read for the first time. Every July 4th at 10:00 am the declaration of Independence is read from the same balcony. 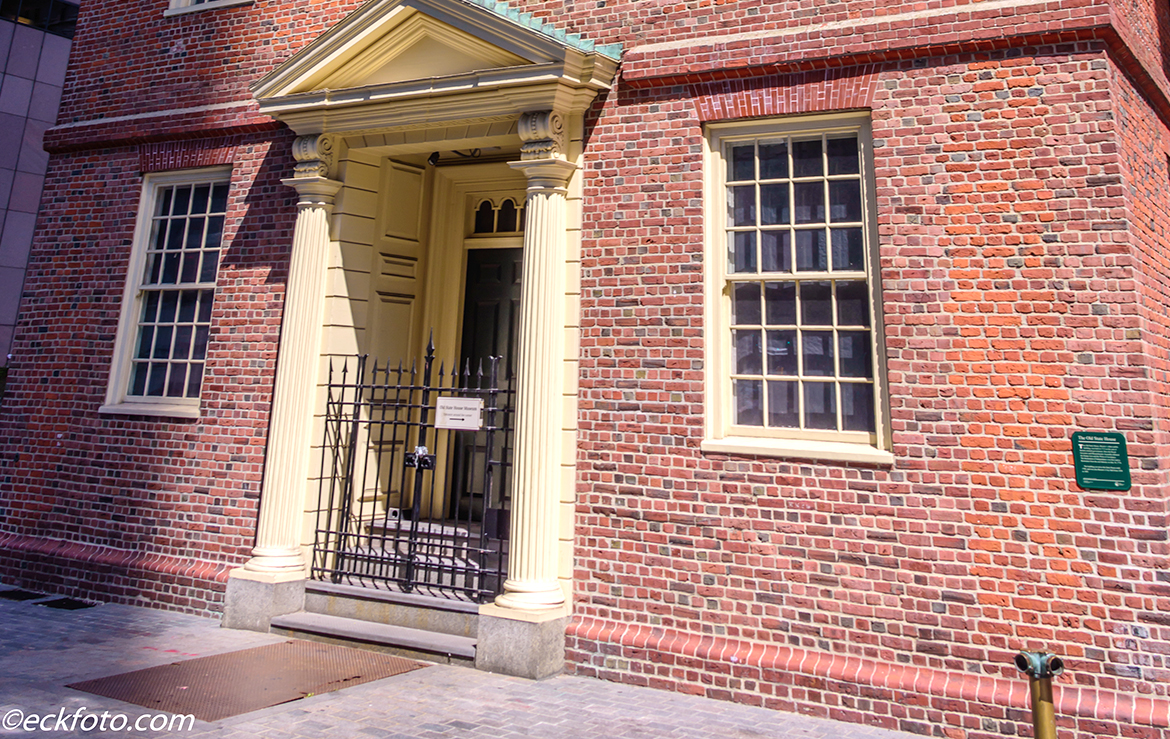 On March 5th, 1770 five male civilians were murdered and six others were injured on this site by the British during what is known as the Boston Massacre.
John Adams wrote that the “foundation of American independence was laid” on March 5, 1770.
The relationship between Britain and its colonies started to crumble at that point in history. The Boston Tea Party later on reinforced that sentiment.
The incident also known as “the incident on King Street” fueled Paul Revere and Samuel Adams Revolutionary cause against the British authorities.
Paul Revere’s colored engraved illustration was used as a very proficient propaganda throughout the thirteen colonies to fuel animosity towards the British occupation.
In the center of the monument is a five pointed star representing the 5 deaths enclosed by 6 cobblestones, representing the six wounded. The thirteen cobblestone spokes represent the original thirteen colonies. 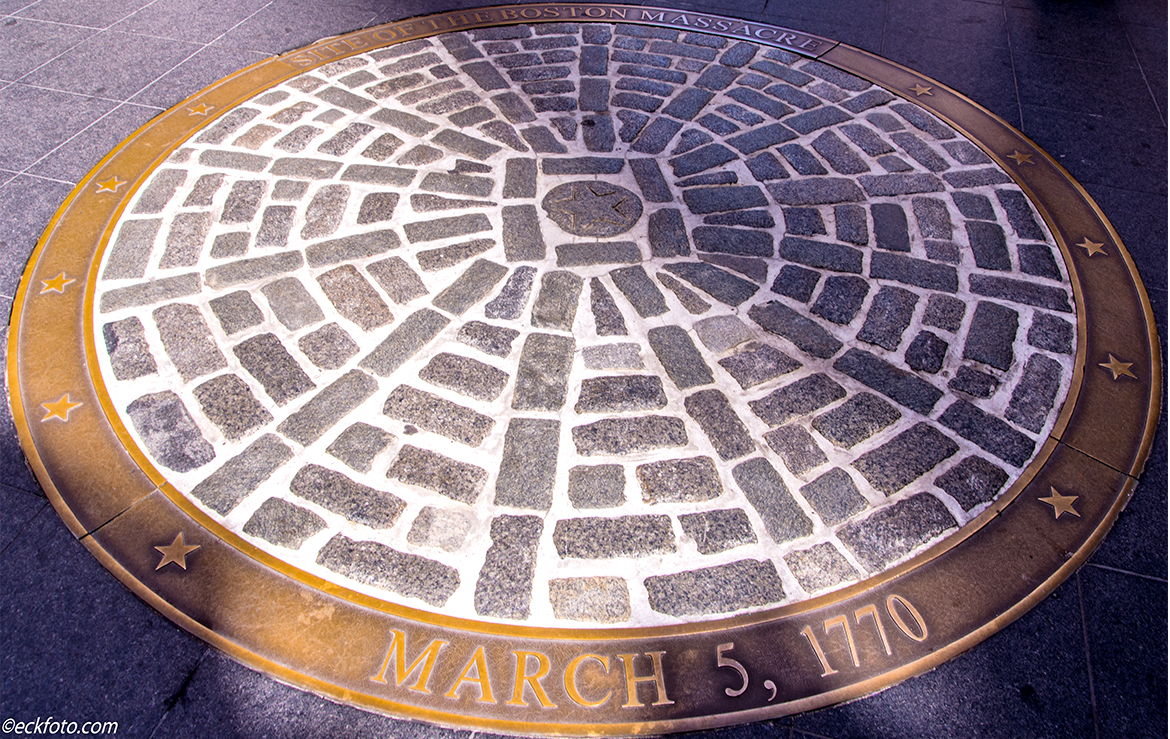