ONE IF BY LAND, AND TWO IF BY SEA

Built in 1723, the Old North Church was inspired by the works of Christopher Wren, the British architect that rebuilds London after the great fire.
The steeple was the highest point on the highest ground in the city of Boston, so that when both lanterns were lid by Robert Newman on April 18 1775, they were seen very well and alarmed the Patriots in Charlestown that the British were advancing by boat across the Charles River. [pullquote]“one if by land, and two if by sea”, poem immortalized by Longfellow.[/pullquote]

THE CLEAVER SIGNAL THAT ALERTED THE MELISSA

Both lanterns were hung just for a minute to alert the Melissa that the British were coming[pullquote]This site was the very beginning of the battle of Lexington, the battle of Concord, and the American Revolution.[/pullquote] 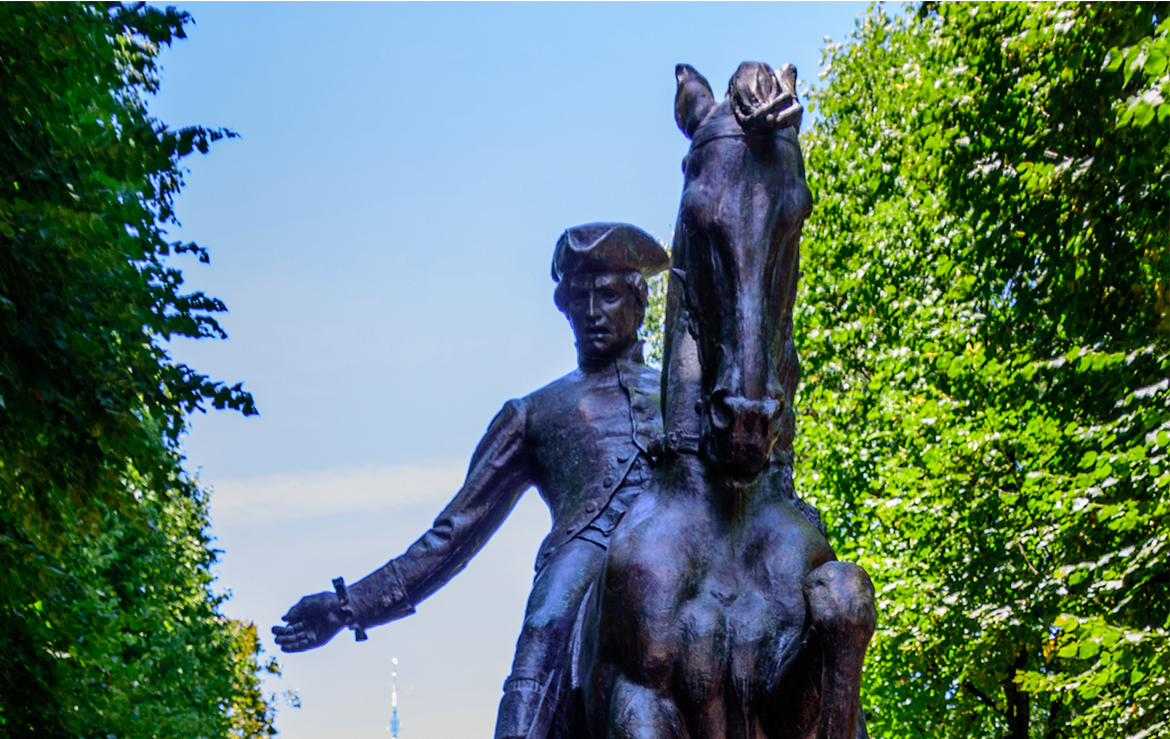 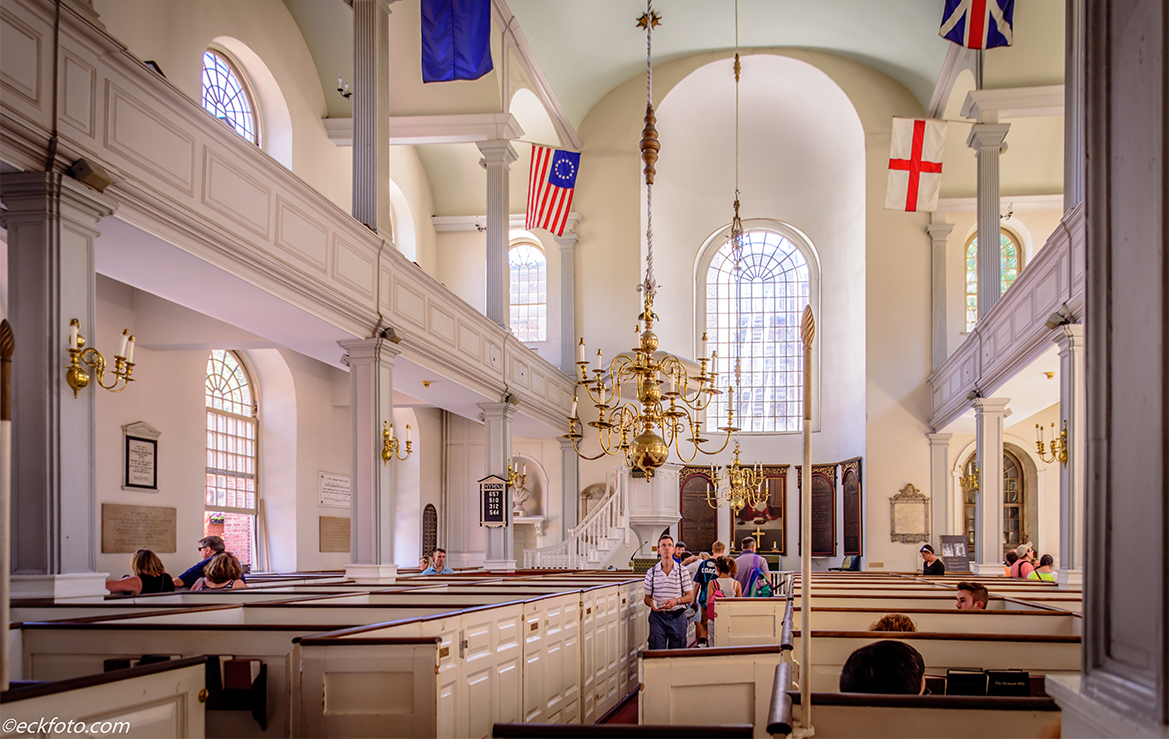 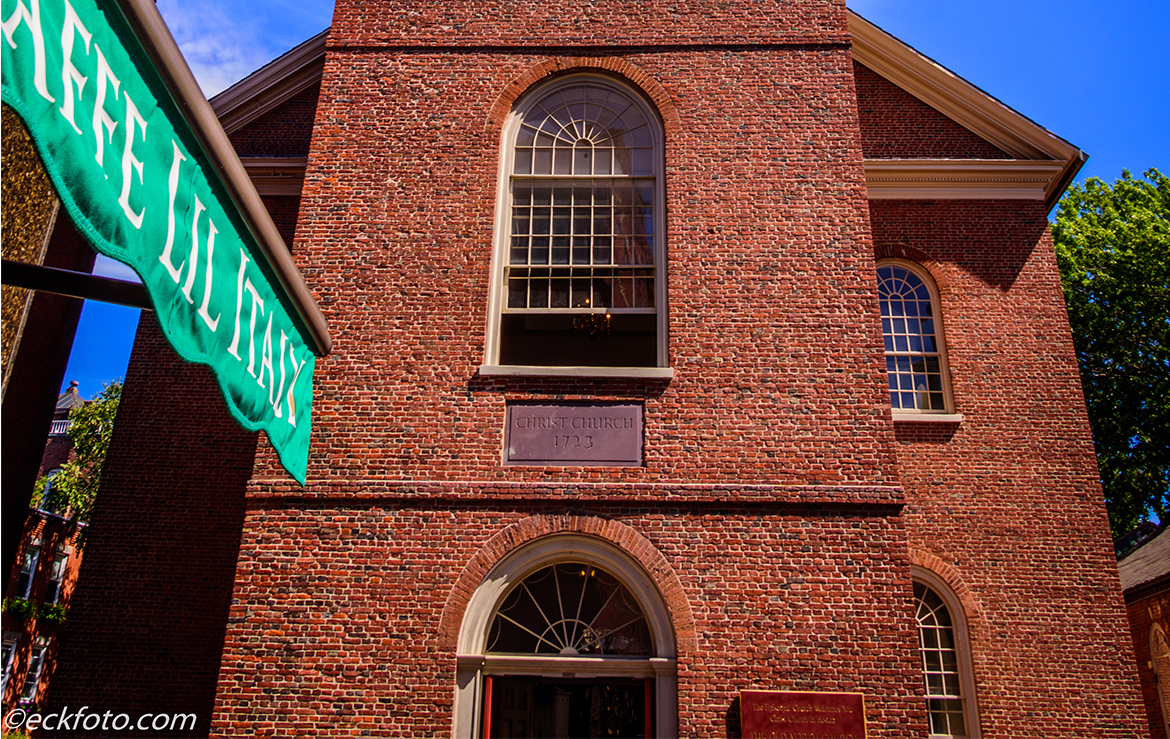 Our Guide, Jean Louis, was fantastic! He is extremely passionate about history and very affable. We enjoyed his commentary and company. All of his excursions are limited to a very small group. Our tour turned out to be a private one which was really cool. The pictures he took came out spectacularly. Not only was it nice not to have to worry about taking good photos but it was so nice to have both my wife and I in each shot. Another thing I noticed is that Jean Louis would ask other tourists to move out of the shot. I don’t know if it was his mannerism or the fact that he is obviously a professional photographer, but everyone complied with his direction. The result is that our pictures look like my wife and I were the only souls on the Freedom Trail that day. Once again I can’t recommend this experience highly enough.